The Top 6 Biggest Financial Crimes in The Last Two Decades

As the spouse of an entrepreneur in the finance industry, I am constantly subject to information about money and finance. Recently though, I took an interest in true crime.

These two parts of my life (finance and true crime) collided as I began taking an interest in financial crimes that have taken place. And no, I am not a business or finance expert by any means. My background is in politics and my world revolves around children, so this was a whole new thing for me.

As I began researching the different types of financial crimes, I was expecting to find only around 3-4 headline genres. While diving into it, I stumbled upon a page on the FBI’s website dedicated to financial crimes for the year 2010 alone. The sheer number of ways that people can become subject to fraudulent tactics completely blew my mind.

Out of everything listed, however, Ponzi schemes (fraud that lures investors and pays profits to earlier investors with funds from more recent investors) stood out the most and for the purpose of this article that’s where I’ll keep my focus.

If you already have an interest in financial topics, which you likely do since you’re reading this article, you might already be familiar with some of these cases.

After going through many of the larger cases, my first takeaway was very cliché: hindsight definitely is 20/20. As I read about each of the crimes I explored, I couldn’t help but think to myself that it seemed so obvious something wasn’t right. Yet, no one noticed them until sometimes years after they began their fraud. It’s easy to see looking back, but in the moment, it is much better concealed.

The second take away was this, if it seems too good to be true, then it probably is. So please do your research before getting involved with anything related to your financial well-being. Don’t jump into risky (or “low risk” as you’ll see) financial decisions without understanding everything you need to know first.

With that in mind, here is my round-up of six of the biggest financial crimes that have taken place in the last two decades:

Bernard Madoff was an investment advisor and financier (someone who manages large amounts of money on behalf of large organizations, governments, etc.). More notably, Madoff is known for running the largest Ponzi scheme in the history of financial crimes.

Madoff actively convinced people to invest with him by explaining his “low-risk” investment strategy called a “split-strike conversion” (sometimes referred to as a ‘collar’) which is used to avoid high losses in the market. He promised high returns on these investments. In reality, they were creating false trading records and paying out to early investors using money from new investors.

Somehow this went largely unnoticed possibly from its conception in the 1970s until the early 2000’s. Harry Markopolos, forensic accounting and financial fraud investigator, uncovered evidence that suggested that Bernie Madoff’s wealth management business was nothing more than a huge Ponzi scheme. Markopolos pointed out that Madoff’s numbers were such that to give the returns he was promising, they would have to be buying more than was available on the exchange.

Despite this, it wasn’t until 2008 when Madoff didn’t have enough funds to make necessary payouts, that he admitted to his fraud and was turned in by his sons to the FBI.

Approximately $65 billion USD was reported missing from his client’s accounts. In 2009, he was sentenced to 150 years in prison for his many counts of fraud and was banned from trading. In February 2020, he filed for compassionate release due to kidney failure.

Samuel Israel III is a former CEO and hedge fund manager. Israel raised $450 million from investors only to later misappropriate these funds for his own personal use.

Israel was running a Ponzi scheme using these investors’ money. After a year with incredibly low returns, his company founded a fake accounting firm to ‘fact check’ their numbers and maintain the appearance that they were running above board.

However, it doesn’t stop there. Unlike Bernie Madoff who was planning to be turned in when he admitted his crimes, Israel took off after sentencing. His vehicle was found abandoned with the words “Suicide is Painless” written in dust on the hood. Israel’s girlfriend, Debra Ryan, admitted to helping him escape. The two of them were famously featured on America’s Most Wanted.

Later in 2008, he was found in Massachusetts and his sentence was extended by 2 years for his attempt to flee.

It was described by one of his associates as essentially a giant, elaborate Ponzi scheme.

Petters and associates (under the Petters Group Worldwide operating name) were using false bank statements as a way of luring investors to invest with them. They would then use the acquired and invested money to obtain billions of dollars worth in bank loans as a way of paying off previous loans.

Petters and co. would use falsified documents to show that they were procuring merchandise from big box stores in which the lenders would wire money to the stores and then the stores would send the money on to Petters (and colleagues) minus a ‘commission’. The funds were used to pay off those participating in the scheme, other companies owned by Petters, and of course Petters himself to maintain an overly expensive lifestyle.

In 2008, due to a credible informant, the FBI began investigating Petters for evidence of the scheme for loans and investments based on purchases that never happened and also for tax fraud. He was eventually convicted of these federal crimes for operating Petters Group Worldwide as a $3.65 billion Ponzi scheme and sentenced to serve 50 years in prison. Even with all the evidence against him and his criminal conviction, he still pleads he is innocent.

Allen Stanford was a financier running yet another massive Ponzi scheme. His scheme extended beyond U.S. borders to also include banks in the Caribbean and within Venezuela.

Stanford presented hypothetical returns as actual company data when convincing new investors to invest with him and claimed that his certificates of deposits (CD’s) were safer than U.S. government-insured accounts.

He was able to hide their scheme by falsifying records from Stanford International Banks while he misappropriated funds. In 2009, he was charged by the Securities and Exchange Commission (SEC) for a whopping $8 billion investment scheme.

After trying to flee the country, his accounts being frozen, arrested, claiming medical problems and being unfit to stand trial, a judge finally found him fit for trial in 2011. He went to trial in 2012 where he was found guilty and sentenced to 110 years in prison for his creating and seeing out one of the largest Ponzi Schemes to ever exist.

Rothstein’s Ponzi scheme was riddled with “highly confidential” legal settlements. In the most basic of terms, Rothstein offered investors the chance to “purchase” large legal settlements at low rates that would give them the right to payments with higher returns.

However, that certainly was not the case. Supposedly settlement payments from the defendants were already received while the investors were expecting high returns on their investment.

The attorneys at the firm, not just Rothstein, were instead using these investor payments to fund their own lavish lifestyles. This continued on for a few years but in 2009, funds ran out to pay off investors and Rothstein fled the country.

A few weeks later he returned to the country and turned himself in. He then cooperated with authorities during their investigation and ultimately pleaded guilty. He along with many of his associates, including his wife, were given prison sentences.

He is currently serving a 50-year prison sentence (in an undisclosed location) for running a $1.2 billion Ponzi scheme.

Last but certainly not least, there is the case of Marc Dreier.

Dreier is yet another former attorney, working out of his firm in New York where he was the mastermind behind a Ponzi Scheme selling fake financial instruments, assets or packages of assets that can be traded to investors.

Dreier would arrange meetings with investors and people posing as officials from the US and Canada as official sellers of the falsified promissory notes. He continued doing this to the tune of $700 million USD.

He was first arrested for impersonating a lawyer and trying to sell financial instruments while in Canada. After being released on bail and upon returning to the US, he was immediately arrested again for his on-going Ponzi scheme.

Dreier was eventually disbarred by the New York Supreme Court in 2009 and was sentenced to 20 years in prison for 8 counts of fraud. He is scheduled to be released in 2026, a few years earlier than the original sentence.

Savology is a free planning platform where you can build a free, unbiased, personalized financial plan in about 5 minutes. Your Savology plan will give you action items to start working on as well as an overview of your current financial situation. After you have made some progress, Savology can connect you with some of the world’s top providers to help you accomplish your financial goals.

Kelsey is a graduate of Westminster College as a McNair Scholar. After working in public relations and communications for political campaigns and legal advisors, she became a full time stay at home mom. Her hobbies include going to museums, volunteering as a scout leader, listening to crime podcasts, experimenting in the kitchen, and making everything in life an adventure for her boys. 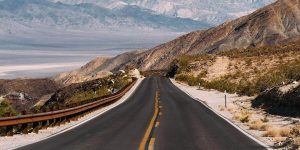 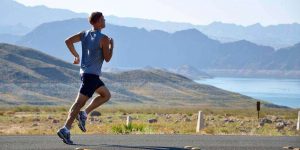 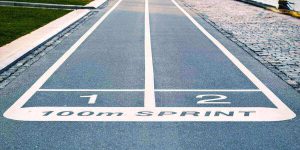 3 Easy Tips That Will Improve Your Financial Outcome Immediately 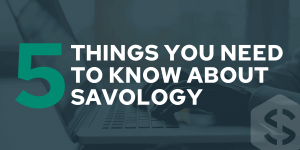