This is part four of a five-part series on Retirement Planning.

Social security has always confused me. Not the concept of it, but in its actual execution as a government program.

I’ve found that getting a better understanding of the history of it helps.

It was a new era attempt at injecting the economy with cash, and a subsequent attempt to care for older and often forgotten members of our society. Nowadays the beneficiaries of social security are arguably the most important voting block in the country, making it political suicide to attack, and a touchy subject altogether.

But what confuses me most is why there seems to be so much argument over how to accomplish what appears to me to be pretty simple and specific solutions. .

Don’t get me wrong, I know this confusion comes from a lack of understanding on my part; I don’t understand the challenges policymakers face, the challenges of the political process, or even most of the issues at hand. But based on what I do understand about income security and financial planning, our modern discourse seems needlessly apocalyptic, and our concerns seem needlessly neurotic.

I suppose this is why I am happy being a voter and not a political candidate.

What is Social Security?

Social security is a national program that guarantees income, life insurance, and disability insurance for retired persons and beneficiaries since 1935. Ninety-seven percent of the elderly in the united states receive a social security benefit, and it is the majority of the income for more than 50% of those recipients.

The benefit received differs for each person and is dependent on your income and age at which you retired.

How should this be accounted for as far as retirement income is concerned? It’s a bit of a nuanced and difficult question to answer.

Here are the problems that make social security a moving target in the long term perspective:

As more baby boomers near retirement, the birth rate has dropped below levels required to sustain the population and as a result, we have a shrinking labor pool for deductions going towards the program and larger payment obligation due to the amount retirees.

The burden is quickly outstripping the labor supply.

Looking At The Numbers

Between 2010 and 2030, 70 million new beneficiaries will receive social security benefits, while only 33 million workers have been estimated to enter the workforce during the same time-frame. The cost burden will be more than twice as much per worker as it has ever been historically.

The best estimates show the $2.8 trillion dollar fund used to payout beneficiaries will be out of cash supply by 2034.

To say the least, changes will have to be made to this program, but what those exact changes look like and when the changes will take place is difficult to predict.

How It Impacts Your Plan

To be completely honest, I don’t take social security payments into account or plan for them. If it is there for me to take advantage of when I retire, then I will see it as a windfall. But seeing as I don’t know when I would receive it (with the age likely to change) or how much of a benefit I will receive (with required benefit cuts likely to be greater than 20%), it makes it a bit challenging to plan for.

Instead of relying on social security, I am going to plan on funding my retirement entirely by myself, and if something else just so happens to show up, I’ll count it as a retirement bonus!

Social security strategy and planning is its own specialty in personal finance circles, but even those experts can’t predict what the program will look like in 20 years.

My retirement planning advice would be to plan as if there will be no social security in the future and during your retirement years. In the end, you will either be correct and safe, or happily surprised… or both!

Savology is a free planning platform where you can build a free, unbiased, personalized financial plan in about 5 minutes. Your Savology plan will give you action items to start working on as well as an overview of your current financial situation. After you have made some progress, Savology can connect you with some of the world’s top providers to help you accomplish your financial goals. 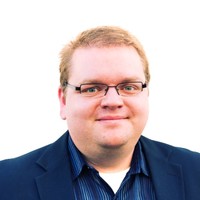 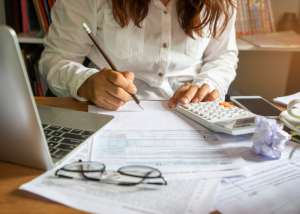 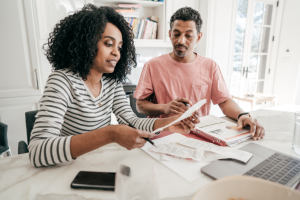 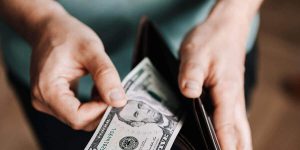